Stelios Rooms is located in Santorini, a small island in the southern Aegean Sea and the remnants of the 1956 Volcanic eruption, which created the famous Caldera. The name Santorini’s given in honor of St. Irini. In the past, Santorini’s widely known by the names Stroggili (meaning round – due to its round shape), Kallisti (or the most beautiful), or just Thira. Following the great volcanic eruption, Santorini’s covered by lava and ashes, creating a particular territory, where vintage wines are produced. Despite the lack of water, grape varieties are grown on the western slopes of the island due to moisture that has been stored underground. Oia, where Stelios Rooms are located, is one of the most beautiful villages of Santorini. Stelios Rooms is one of the first traditional hotels built in the Caldera in the 1980s, close to the beautiful church of St. George and St. Lazarus. It was a 300-year-old vineyard and because of its location, which has views of both sides of the island, the sea, the volcano and the beautiful sunset, It is the villagers’ meeting points for gatherings and various activities. Oia is located in the northwestern part of the island and is one of the most peaceful and beautiful villages that is visited by thousands of tourists from all over the world, who come to admire the incredible view and beautiful sunset. The rooms feature a private balcony with views of the sea, the volcano and the beautiful sunset, and offer guests the opportunity to enjoy their coffee or drink, while admiring the island’s beauty. Stelios Rooms consists of four rooms. Two of these have views of the caldera, the volcano and the sunset, while the other two have views of the Aegean Sea and the Cycladic islands. One of the two rooms overlooking the caldera, the volcano and the sunset has a loft. Stelios Rooms is located 20km from the Monolithos airport and 22km from Athinios port. Fira’s bustling center is located 12kms away. There is a bus stop 20m away. A supermarket is located 10m away, an ATM can be found 12m away, a hairdresser 13m, a bakery 30m, a tourist 12m, and a car and motorcycle rental office at 20m.

Cyclades Islands. Whats your idea of the perfect beach? Green-blue water and white sand? Beach bars and water sports? Framed by rocks for snorkelling and scuba diving?A secret Aegean cove accessible only on foot or by boat? No matter what your ideal is, youll find plenty of choices in the Cyclades. Known for the iconic blues and whites of their villages and their stunning beaches, the Cycladic islands equally deserve worldwide renown for what their crystalline waters and cove studded shoreline offer to sea lovers. Stelios Rooms Santorini specializes in a local treat with an aroma of the Aegean. Located at Louka Nomikou 11, Oia, 84702, Greece, Stelios Rooms Santorini will make you believe that it has come out of the foam of waves and looks like a white painting on a blue font. Stelios Rooms Santorini is ideal for a relaxed and serene holiday. Because of Stelios Rooms Santorini location visitors can easily explore impressively fertile valleys, lush green gorges, stunning seascapes and traditional villages perched high on mountain tops, where the inhabitants still wear their traditional dress and live off the fruits of the land! Stelios Rooms Santorini is the place where Greek tradition and hospitality come to a harmonious marriage.

WiFi in lobby | WiFi in the rooms | Parking | A/C | Restaurant

Cyclades Islands. The most famous island group in the Aegean Sea comprises some of the most beautiful islands in the world! Gorgeous sandy beaches, architecture in white and blue, traditional lifestyle, folk music, warm, hospitable people and barren landscapes with isolated chapels turn a trip to the Cyclades into a lifetime experience. Stay in Stelios Rooms Santorini and feel the magnificent sense of freedom and relaxation flooded with the strong Greek light and the deep blue of the Aegean Sea. Located at Louka Nomikou 11, Oia, 84702, Greece, Stelios Rooms Santorini is the perfect place to discover and enjoy the dazzling light and the crystal blue waters, in the quest of the paradise on earth. The Cyclades Islands, because of their proximity to Eleftherios Venizelos Airport and Athens, is an easily accessible beauty with a scenery variety: steep mountains, small fields, olive groves, vineyards, valleys, picturesque coves and off-the-beaten-track beaches. Stelios Rooms Santorini offers you the opportunity to discover and explore unrivalled natural loveliness sceneries, beaches of crystal clear waters, exceptional Byzantine footpaths connecting traditional villages, archeological sites and breathtaking landscapes. Located at Louka Nomikou 11, Oia, 84702, Greece, Stelios Rooms Santorini is one of the most beloved holiday accommodation choices - ideal for a relaxed holiday surrounded by old-style white settlements, quiet harbours, golden beaches, bare hills and gorgeous sceneries. Visit us and discover more! Our website: http://www.steliosrooms.gr | Our Location: Louka Nomikou 11, Oia, 84702, Greece 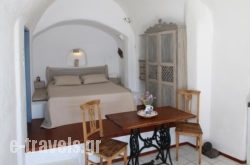 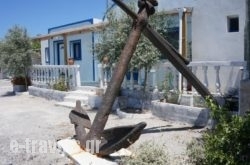 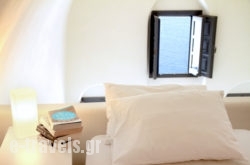