Villa Rodanthos is a neo classic style villa with ten studios offering beautiful and comfortable accommodation. It is situated in the heart of the traditional, picturesque fishing village of Perdika, on the island of Aegina. It is just four or five minutes walk to the little harbor of Perdika, which is lined with traditional fishing tavernas and coffee shops overlooking the sea and the isle of Moni. Nearby the hotel there is bakery, supermarket and petrol station. Villa Rodanthos has a three star G.N.T.O. rating and is known throughout the island for its style and great reputation. Each studio has bathroom, equipped kitchenette, balcony, air-conditioning, TV and WiFi internet.

Piraeus Islands  Trizonia. A short distance from Athens, these heavenly islands offer stunning seaside landscapes, beautiful beaches, historic monuments, stately buildings and one-of-a-kind hospitality. Be our guest at Villa Rodanthos and discover ancient temples, stone-built Byzantine churches, delightful old-fashioned villages, delicious local cuisine, and a swimming season that lasts until late autumn. Located at Perdika, Aigina, 18010, Greece, Villa Rodanthos will entice you as it has thousands of others from around the world, who have chosen us as their second home during their vacations. Picturesque villages boast narrow streets of cobbled stone and gardens full of flowers; chapels emerge humbly from rocky headlands and forest glades. So much hidden beauty and authentic Aegean character, and just a short hop by ferry, really close to Athens. From one end of the sea to the other, these islands are the perfect holiday destination and Villa Rodanthos establishes a personalized experience that gives a sense of perfection and excellence. With a long history starting in the mists of the Mesolithic period, Piraeus Islands and Trizonia, modest and hospitable, unexpectedly beautiful and serene, welcomes you.

Piraeus Islands  Trizonia. The islands near Piraeus can be equally fantastic as far away islands and many of them remain off the beaten track even in high season. Villa Rodanthos is located at Perdika, Aigina, 18010, Greece. This is a place that combines relaxing beaches, interesting sights, lounge nightlife and cultural events. In fact, many art exhibitions, seminars and festivals take place in the islands of Spetses, Hydra, Poros, Aegina, Angistri, Kythnos every summer at many cultural venues. All of those islands belong to the prefecture of Piraeus and the distance from Athens is to the nearest of those, namely Salamina or Salamis, only 10 minutes from the suburb of Piraeus. Have a leisurely coffee, as you look across the Aegean Sea, walk along the waterfront, past the handsome mansions to the old harbors with their traditional boatyards. Stay at Villa Rodanthos and discover an aristocratic island with an extraordinary beauty. A plethora of international jet setters, artists like Chagall and Picasso and musicians like Leonard Cohen felt in love with this part of Greece. A stones throw from Villa Rodanthos doorstep youll find small tavernas, yacht marinas, neoclassical buildings, pine forests reaching the sea, serenity and relaxation. The location of Villa Rodanthos is cosmopolitan and elegant itself, with many 18th-century mansions, captains homes, old churches, and marble-flagged steps that serve for streets in this steep island. Our website: http://www.villarodanthos.com | Our Location: Perdika, Aigina, 18010, Greece 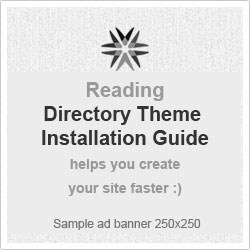